The list of legislators below are those who supported the Juneteenth Agenda proposed by Senate Democrats, and/or are House or Senate majority or minority leaders, and/or were the main drafters of this bill. We assigned them a lobbying score based on whether they’re being primaried on August 11th, whether they are in a contested election for their seat in November, whether they’ve expressed support for BLM, defunding the police, or police reform, and whether they serve on committees that deal with issues involved in this bill. The higher the score, the more of these criteria they fit.

The bill already passed the House, so no need to contact these legislators on this issue (except, perhaps, to share your support or disappointment in how they voted).

“No one is above the law.” – State Representative Blumenthal

“Right now the people on the ground are saying that we need to defund the police, and I am with them. This does not mean that we eliminate the police. It means that we demilitarize the police. It means we take a chunk of the police budget and put it into education, housing, and mental health services. It means we completely re-evaluate what the role of police in our society ought to be – because it is up to us, the taxpayers, legislators, constituents, and community members to determine the role of the police.” – State Representative Elliot

“We cannot afford to stay silent and we cannot afford to ignore what our community is saying. As we move forward we will need to have uncomfortable conversations, because the current system isn’t working and we can do better.” – State Representative Hennessy 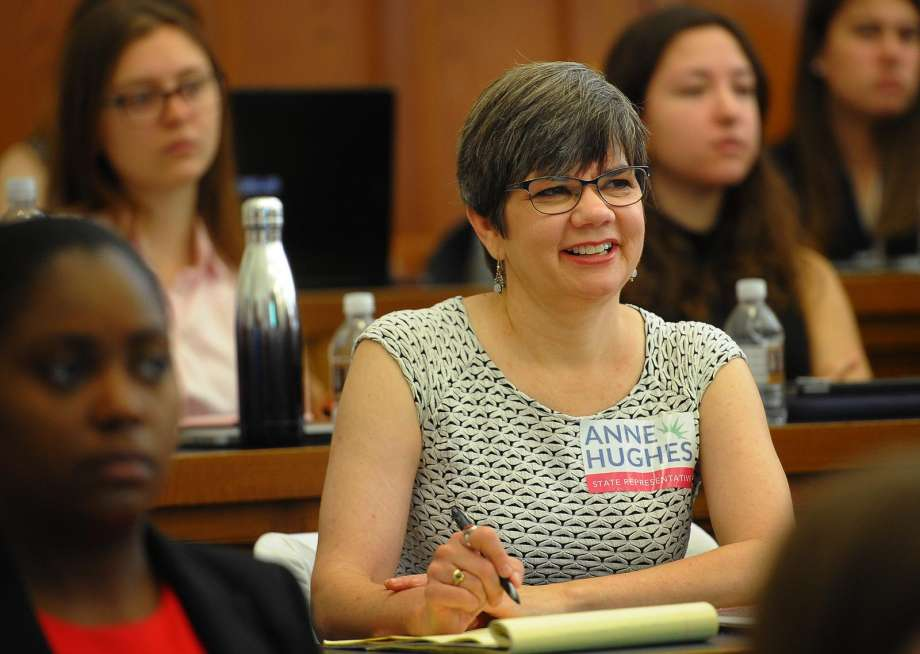 “In light of the events that have occurred in the last few days, we need to figure out how to heal as a country and behavior like this should not be condoned in any circumstance.” – State Representative Klarides

Website statement, “We Need a Special Session” (6/11/20): George Floyd’s killing in Minneapolis, the latest injustice against people of color, has provided the momentum to act in order to make the necessary changes to promote fairness for all our citizens and bring more transparency to our criminal justice system. I am proud to be part of a group of legislators demanding action… issues directly affect our minority communities and we must do everything within our legislative body to find solutions. I am supportive and committed to continuing to work and vote for the necessary changes in support of our Black and Brown communities that are still experiencing abuse, exploitation and socio-economic oppression.

“As a legislator – as a person who has the profound privilege to vote on issues that will make our world better – I will continue to vote for legislation that increases police accountability and transparency, ensures equity for all people, and protects our essential workers as we rebuild our economy.” – State Representative Palm

An important part of this process is to have the hard conversations and come to the table with grace, humility, and an honest desire to listen and build something better. Every person deserves dignity and respect and our police have a responsibility to carry these principles into every interaction in our community. I thank Chief Cota for setting the tone. Where we go from this tragedy, and all the tragedies before it, depends on all of us. We are stronger when we go together. – State Representative Rochelle

“The Board of Hispanic Caucus Chairs is committed to dismantling systematic racism against people of color, especially our Black brothers and sisters. We stand in solidarity with the protestors and protests that are not only fighting for justice for George Floyd, Ahmaud Arbery, Breonna Taylor, and the many other victims of racial violence, but also challenging the history of racism and police brutality. As state legislators, we are committed to using our individual and collective positions to breate change within this country. We will use our platform to institutionalize solidarity efforts with the black community. It is our hope that with the work of activists, protestors, advocates, and policymakers that we will create a more socially just and equitable society.” – State Representative Rosario

“There is still much more that needs to be done to address the issues of police accountability, transparency, and racial equity.”

“In my capacity as Co-chair of the Judiciary Committee, I am committed to continuing to work to help police departments implement evidence-based changes in policies and training to reduce fatal police-citizen encounters. We must also continue to look at what use of force means and how it is implemented in the communities police are tasked with representing. Specifically, we need to consider issues of training and accountability related to what leads up to the actual use of force incident. The work to study these issue and craft policy changes has been ongoing.”

“But, changes in policing alone will not solve our issues. The sentiments we have seen spill out on street around the nation, including here in Bridgeport, is not just about a murder in Minnesota. It’s a reflection of unchecked racism, classism, income inequality, food insecurity and educational disparity.” – State Representative Stafstrom

Make sure your representatives do the job you elected them for.